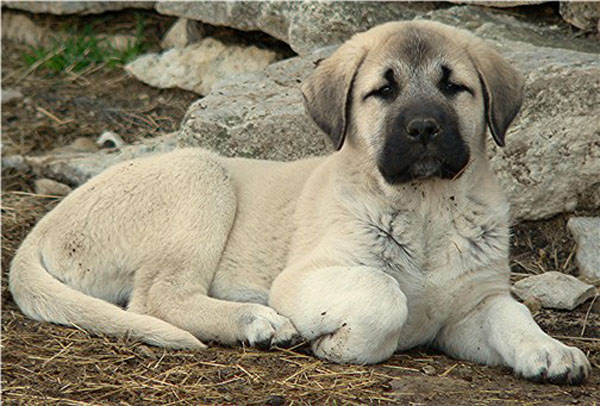 The modern Anatolian Shepherd Dog likely descended from ancient livestock guardian dogs that migrated with their human owners almost 6,000 years ago from Mesopotamia to central Turkey. The breed was developed as livestock guardian, protecting flocks of sheep from predators such as wolves, tigers and jackals. These dogs are rugged, large and very strong, with superior sight and hearing that allow them to protect livestock. Their speed and agility allow them to run down predators with great efficiency.

Western breeders became interested in these dogs in the 1970’s and the Anatolian was officially recognized by the American Kennel Club in 1996, classifying it as a working dog.

In terms of temperament, Anatolians are calm, friendly, and affectionate with their immediate family, though often reserved around strangers. They are intelligent and can learn quickly but are also independent and like to roam. Bear in mind this dog was originally developed to guard its master’s flocks without human assistance or direction. These traits make it an excellent livestock guardian, but can sometimes make it challenging as a pet. Anatolians aren’t recommended for city life and cramped quarters. They need some land to roam and, ideally, livestock to keep watch over.

Anatolians do well with other animals, including cats, so long as they are introduced while still a puppy. They like to run, some love swimming, but because of its independent nature this breed usually isn’t much interested in playing fetch.

What to Look For in an Anatolian

According to the AKC’s 6-point breed standard: 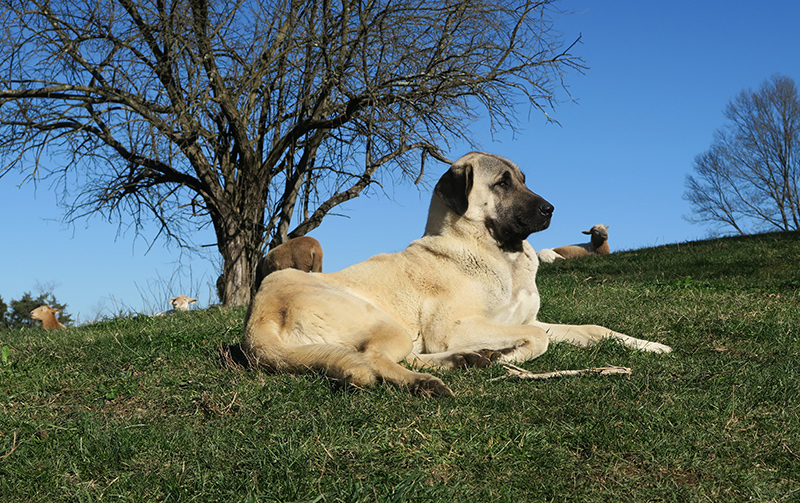 Large, rugged, powerful and impressive, possessing great endurance and agility. Developed through a set of very demanding circumstances for a purely utilitarian purpose; he is a working guard dog without equal, with a unique ability to protect livestock. General impression – Appears bold, but calm, unless challenged. He possesses size, good bone, a well-muscled torso with a strong head. Reserve out of its territory is acceptable. Fluid movement and even temperament is desirable.

Expression should be intelligent. Eyes are medium size, set apart, almond shaped and dark brown to light amber in color. Blue eyes or eyes of two different colors are a disqualification. Eye rims will be black or brown and without sag or looseness of haw. Incomplete pigment is a serious fault. Ears should be set on no higher than the plane of the head. V-shaped, rounded apex, measuring about four inches at the base to six inches in length. The tip should be just long enough to reach the outside corner of the eyelid. Ears dropped to sides. Erect ears are a disqualification.  Skull is large but in proportion to the body. There is a slight centerline furrow, fore and aft, from apparent stop to moderate occiput. Broader in dogs than in bitches. 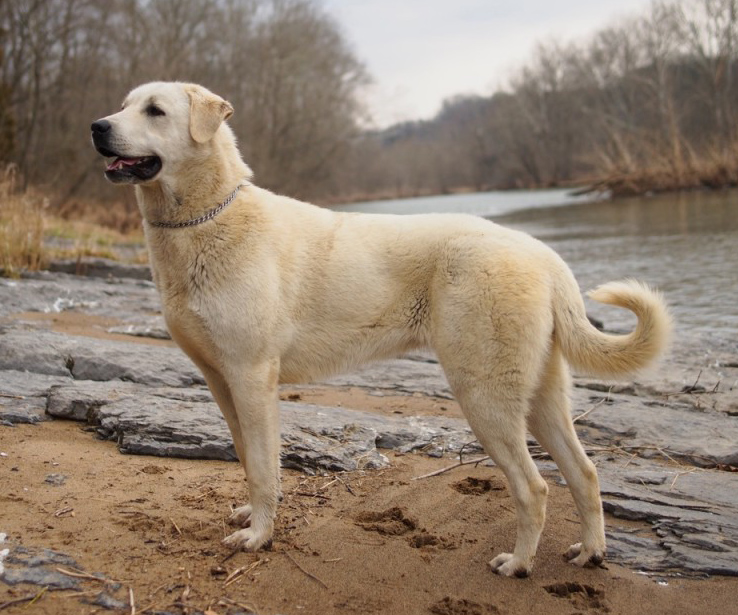 Neck slightly arched, powerful, and muscular, moderate in length with more skin and fur than elsewhere on the body, forming a protective ruff. The dewlap should not be pendulous and excessive. Topline will appear level when gaiting. Back will be powerful, muscular, and level, with drop behind withers and gradual arch over loin, sloping slightly downward at the croup. Body well proportioned, functional, without exaggeration. Never fat or soft. Chest is deep (to the elbow) and well-sprung with a distinct tuck up at the loin. Tail should be long and reaching to the hocks. Set on rather high. When relaxed, it is carried low with the end curled upwards. When alert, the tail is carried high, making a “wheel.” Both low and wheel carriage are acceptable, when gaiting. “Wheel” carriage preferred. The tail will not necessarily uncurl totally. 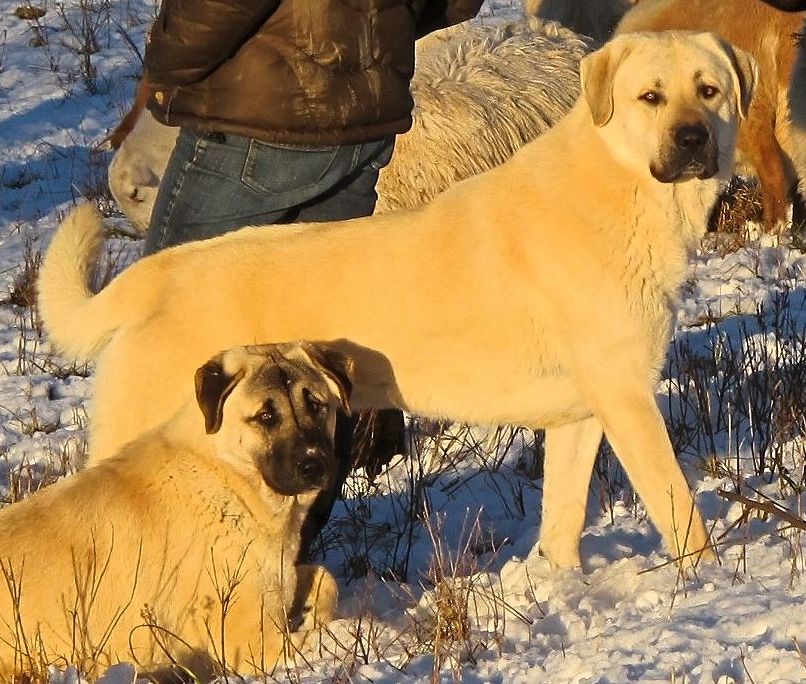 Shoulders should be muscular and well developed, blades long, broad and sloping. Elbows should be neither in nor out. Forelegs should be relatively long, well-boned and set straight with strong pasterns. The feet are strong and compact with well-arched toes, oval in shape. They should have stout nails with pads thick and tough. Dewclaws may be removed. 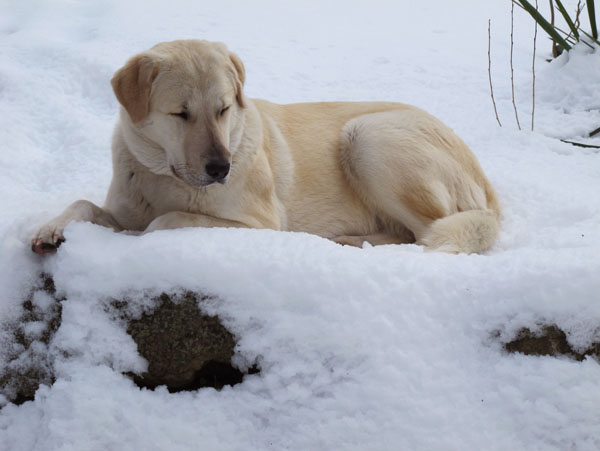 Short (one inch minimum, not tight) to Rough (approximately 4 inches in length) with neck hair slightly longer. Somewhat longer and thicker at the neck and mane. A thick undercoat is common to all. Feathering may occur on the ear fringes, legs, breeching, and tail. 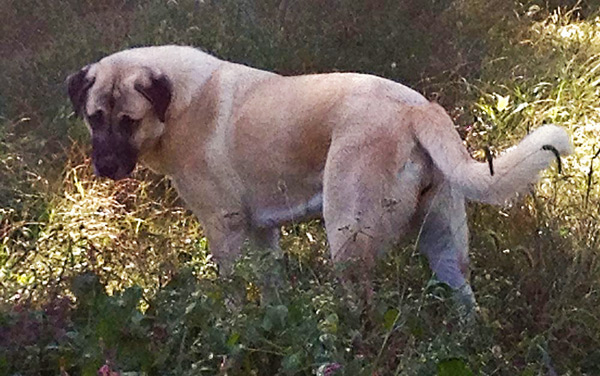 Strong, with broad thighs and heavily muscled. Angulation at the stifle and hock are in proportion to the forequarters. As seen from behind, the legs are parallel. The feet are strong and compact with well-arched toes, oval in shape. Double dewclaws may exist. Dewclaws may be removed.